A film about Claret

A film about Claret 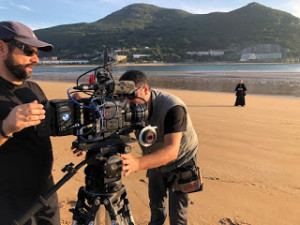 For years the Claretian Missionaries and other groups of the Claretian Family had been thinking about making a film about Saint Anthony Mary Claret. His life has all the necessary features to make it attractive and “edifying”, if this last adjective can still be used at a time when only the “villains” seem to enjoys good press. Perhaps the complexity of the character, the variety of settings in which he moved (Catalonia, Canary Islands, Cuba, Madrid, a number of places in Spain, Lisbon, Paris, Rome, Fontfroide) and, above all, the high costs involved in making a film ended up discouraging us. But everything began to change in the wake of the film “A forbidden God,” which tells the story of the Claretian martyrs of Barbastro. The good acceptance on the part of many people – not always on the part of a certain review that tends to disregard everything related to the Church – encouraged us to embark on the adventure of a film about Claret. Contracorriente Producciones – and specially director Pablo Moreno – have been almost more enthusiastic than us. After a first work meeting last January, the film script began to be written. After fifteen versions, film shooting began a few days ago and will last until November, taking advantage of the autumn light. If the postproduction process goes according to the planned schedule, the film – which, for the moment, is called Poor and on foot – could be released in October 2020, coinciding with the celebration of the 150th anniversary of Claret’s death (1807-1870).

It is not easy to tell stories according to today’s film codes. You can fall into moralism, sensibility, stereotypes or extravagance. 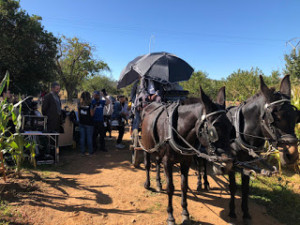 Claret’s story is itself really great and attractive, but you have to know how to tell it. This is the main challenge for films about saints. In Italy there is more tradition than in Spain. RAI, for example, has produced quality series on Saint Philip Neri, Saint Pio da Pietrelcina, Saint Josefina Bakhita, Saint John XXIII, Saint John Paul II, etc. They have the mastery and know how to connect with the Italian public. In Spain it is not so easy. There are not many expert directors in this type of cinema. Nor do producers want to take risks with “religious” or “spiritual” films. They fear poor public acceptance and, therefore, economic failure. And yet, there are many people who want another kind of cinema, who are already somehow tired of Hollywood telling us the same six stories for over a hundred years. So, everything considered, we have taken the risk. Few people will read, for example, Claret’s Autobiography, but many can approach his life through a film. And perhaps the film can help them ask themselves questions, see that life can be lived differently, or realise that when a person is moved by God’s love, he can do extraordinary things. 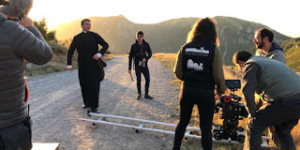 Making a movie costs money. You can hardly make a film production in Spain for less than two or three million euros. Our budget remains in half a million. We have many other mission priorities that we consider more urgent and that demand resources. Therefore, we do not intend to make a blockbuster, but a simple and worthwhile work. When we were formulating the project, we came up with the idea of ​​organizing a crowdfunding campaign or “micromecenazgo”, as it is said in Spanish. An expert member of the Claretian Secular movement has been commissioned to preparing it. We are convinced that, based on small contributions, the objective can be achieved. There are many people who feel sympathy for Claret, not only the members of the various groups of the Claretian Family – who sponsor the project – but also many of our relatives, friends, acquaintances, parishioners of our parishes, students and alumni of Claretian schools, Mission volunteers, readers of books and magazines published by our publishing companies and – why not? – the readers of El Rincón de Gundisalvus. That’s why I encourage you to spread this news among your acquaintances. Many “few” make a great “much.” This is the philosophy of crowdfunding.

HOW CAN YOU CONTRIBUTE

If you want to make a donation, however small, you can click here. On the crowdfunding or “micromecenazgo” page you will also find a first information about the film. On behalf of the Claretian missionaries, I thank you from the bottom of my heart for your help. Let’s hope to be able to watch the film in a year and talk about it!