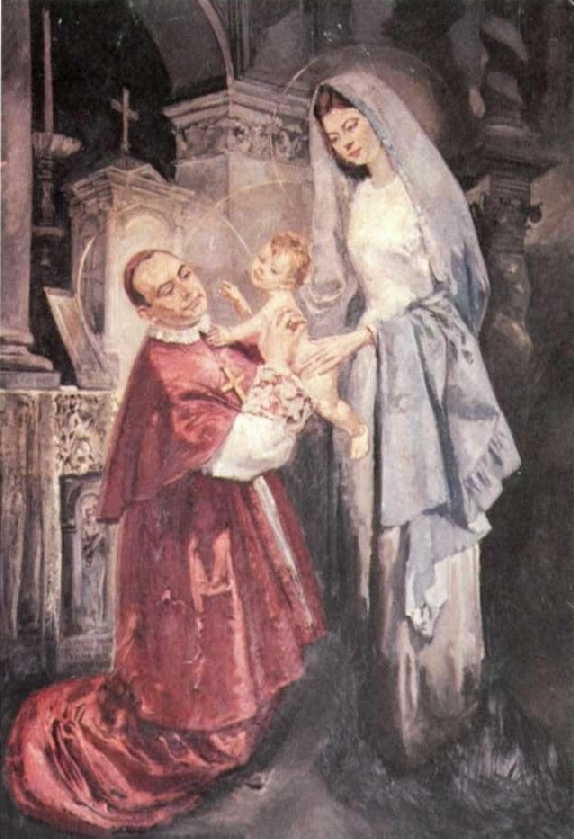 MADRID. Christmas Eve 1864. The joy of Christmas carols pierces the cold night, while people hurry to the Misa de Gallo. The archbishop and founder of the Missionaries of the Heart of Mary, Saint Anthony Mary Claret, confessor of Queen Elizabeth II, is going to celebrate midnight mass at the convent of the Adorers. He used to celebrate the three Christmas Masses every year and spent there, in the Chapel of the Sisters, six hours, confessing, preaching and praying. The archbishop’s voice had broken with tenderness speaking of the Child of Bethlehem and the Nazarene Virgin, the cause of our joy.

Mass began. The Sisters must have noticed something extraordinary in him, as they did not stop writing it down and referring it repeatedly. And it was not strange, because the Queen herself had also seen him more than once surrounded by splendour, while he was celebrating in the chapel of the Palace. Now, his face transfigured, his recollection, the trembling of his voice, showed hidden emotions in the archbishop’s heart. Especially when singing the same hymn that the angels sang that happy night in Bethlehem: “Glory to God in the highest and peace on earth to men of good will” …

Mass ended. He was giving thanks in the presbytery. Close to him, his chaplain, and in the chapel, the Adorers, presided over by their founder and directed by Fr. Claret, Saint Micaela del Santísimo Sacramento. Suddenly the archbishop’s face lit up. His eyes shone ecstatic. He smiled and cried at the same time. Broken words flowed from his lips. Kneeling on the recliner, his arms stretched out on the satin of the cushion and gently rose to the height, to then fall closed in a sweet embrace on the chest.

“The sisters,” writes a religious, “said that during thanksgiving Fr. Claret had been in ecstasy for a long time.”

On the street, his chaplain and confidante, intrigued by what he had seen, dared to insinuate:

“Some gift from God; some Christmas bonus?

The archbishop smiled and was silent. But shortly after, in intimate confidence, and as if he could not hide the joy that filled his soul, he told him:

—Tonight, the Virgin has placed the Child Jesus in my arms so that I could caress him. How beautiful he was! …

Solemn words that history has collected and art has glorified. All the biographers of the saint refer to this moving fact. Millions of prints have spread it around the world and it is one of the Claretian episodes that the piety of the faithful has received with the most devotion.

Christmas Eve 1864. It had never been so good for Saint Anthony Mary Claret. The Virgin gave him the best Christmas present.