Rome is the heart of the Catholic Church, a pilgrim destination for millions of Christians who come to venerate the tomb of Peter and of Paul, to see the Pope -the Vicar of Christ- and meet in Spirit with the first Christians, who generously gave their blood for love of Christ and for the faith that they professed. To see, to pray and to renew his love for Christ and the Church, St. Anthony Mary Claret carne to the Eternal City, but also to be sent as a missionary anywhere in the world. Rome was for Claret a “charismatic place,” the place where, al- ready having been doubly anointed by the Spirit, as a priest and as a missionary, he felt ever more the flame of apostolic zeal and confirmed in his vocational identity as a universal apostle.

St. Anthony Mary Claret was in Rome three times. The first time in 1839 with the purpose -he says- to present myself to the Congregation for the Propagation of the Faith so that they could send me anywhere in the world (Aut. [Autobiography] 120); he returned to Spain in 1840 after being a novice for a few months in the Company of Jesus. He carne back to Rome in 1865 to “visit the tomb of St. Peter and of St. Paul, and to consult with the Holy Father on certain matters” (EC III, pg. 500). The third trip took place in March 1869 from his exile in Paris, to be present at the celebration of the golden anniversary of priestly ordination of Pope Pius IX; and he remained here until the conclusion of the work of the first session of the First Vatican Council in mid-July 1870.

This brief guide presents the most important places visited by St. Anthony Mary Claret during his three visits to Rome along with their relevance.

The convent of St. Adrian of the Mercedarian Fathers is found amidst the three Forums (Roman, Caesar and Augustus), to the side of the current Curia, near Piazza Venezia. The Curia was the seat of the Roman Senate, built by Julius Caesar and finished by the Emperor Augustus in the year 29 BCE. At the far end was the place of the president; to the sides on three levels sat about 300 senators. The floor was made of marble. Its door was later transferred to the Basilica of St. John in Lateran. This building was converted to a church during the time of Pope Honorius I (625-640), and was dedicated to the military saint, St. Adrian.

In 1931, it was returned to its original appearance. During the time of Claret the Street was called Via Bonella. Claret stayed in this convent during his second trip and during his third trip on the occasion of the First Vatican Council. According to Fr. Xifré, the Mercedarian Fr. Reig, who lived as a missionary of the Congregation in Vic from 1850 -1860, did not offer his house “first because he judged it to be unworthy to receive such a person and second because he thought that His Excellency had the intention to stay with the Jesuits… If you come as l wish and hope even if we place you in the room of a novice, you would be very pleased. Nonethe- less, if your Excellency wishes to go to the Jesus or to the motherhouse of the Paulists, write me… With us you would be with poverty, but with freedom; with the Jesuits you would be with more abundance but with less freedom; with the Paulists you might have more privacy.”

Claret was warmly received at St. Adrian. He adjusted as best he could to the customs of the Mercedarians.  He wanted no special treatment at meals and was able to live a life in common with the brothers. He lived in extreme poverty, due to the fact that upon leaving Paris he no longer received his small salary as confessor to the queen. Almost daily he visited the Blessed Sacrament exposed during Forty Hour devotions in various churches. In this house he wrote numerous letters and personal notes, proposals, revelations, brochures and his chronicle about the Council. He translated and adapted the work “Remedios contra los males de la época actual aplicados por medio del Santísimo Rosario” (Remedies against the evils of this current age applied by means of the Holy Rosary). But above all he wrote his well-known work “L’egoismo vinto” (1869) (Egoism conquered), a short and precise life of St. Peter Nolasco, in which he un- consciously attributed to the saint the life and spirituality he himself had followed in his infancy, youth, and where he spoke at length of the apostolic zeal that motivated him all his life. (Excerpt from the Guide posted on this website,  Section: Library-Claretian Guides) 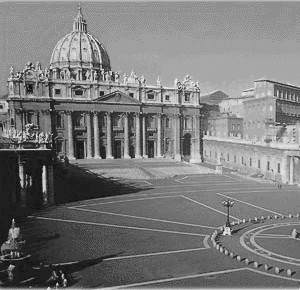