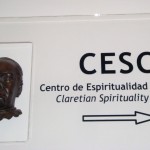 The brochure SAN ANTONIO MARIA CLARET PATRONO DE LA CATEQUESIS EN CUBA (SAINT ANTHONY MARY CLARET PATRON OF CATECHESIS IN CUBA), has the purpose of making Claret a little more known in his role as Catechist to the nearly 5,000 catechists in Cuba. It would be the continuity of the gift they were given, a poster or painting and a postcard sent on the occasion of the 170th anniversary of his arrival in Santiago de Cuba. Here is the link to read it. 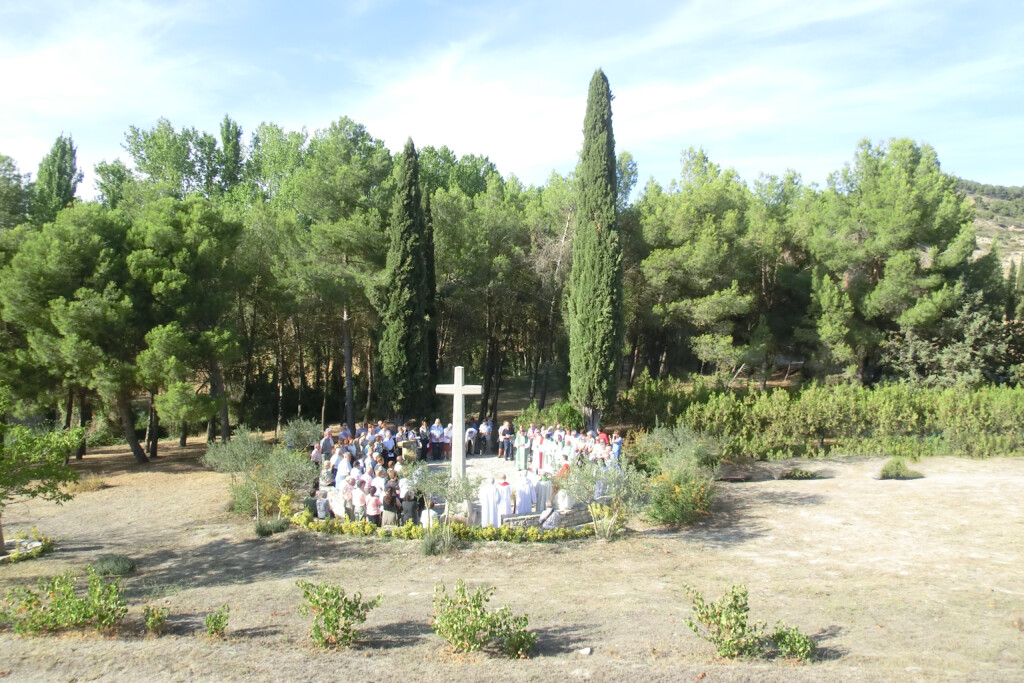 On September 18, 2022, the annual martyrdom meeting was held at Mas Claret. Claretians, friends, relatives and laity gather in that space of martyrdom to commemorate the heroic testimony of our brothers martyred there in October 1936, with a Stations of the Cross and Eucharistic celebration. In this link you can read the homily preached by Fr. Pere Codina i Mas, cmf, who presided over the Holy Mass. 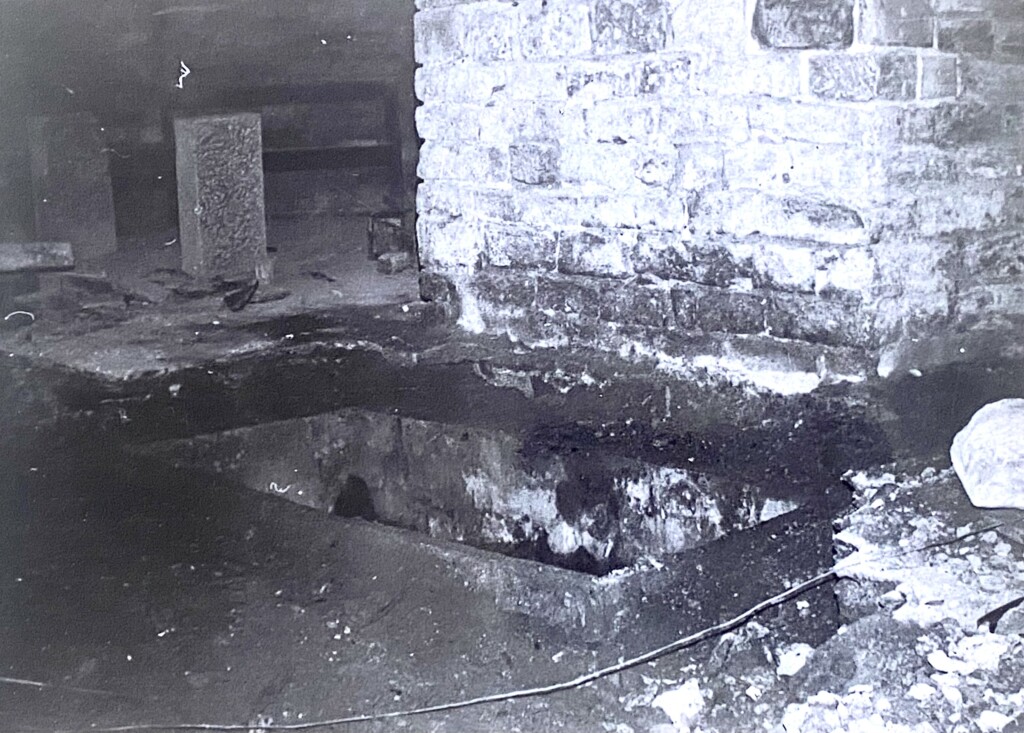 They have given us an unknown historical photo of one of Fr. Claret’s tombs. He passed through 9 graves since his death in Fontfroide (France) to the current one in Vic.

In 1932, given the difficult political-social situation in Spain, the body of Fr. Claret was removed from his tomb, which was in the so-called “deep chapel” of our church in Vic. , and hidden underground in the floor of the parish church of Santa Eugenia de Berga (a town near Vic).

It remained hidden there until 1934 when, on the occasion of the Beatification, it was brought to Vic and buried under the main altar of the temple that we had before the Spanish Civil War (1936-1939), where it remained until July 20, 1936. END_OF_DOCUMENT_TOKEN_TO_BE_REPLACED 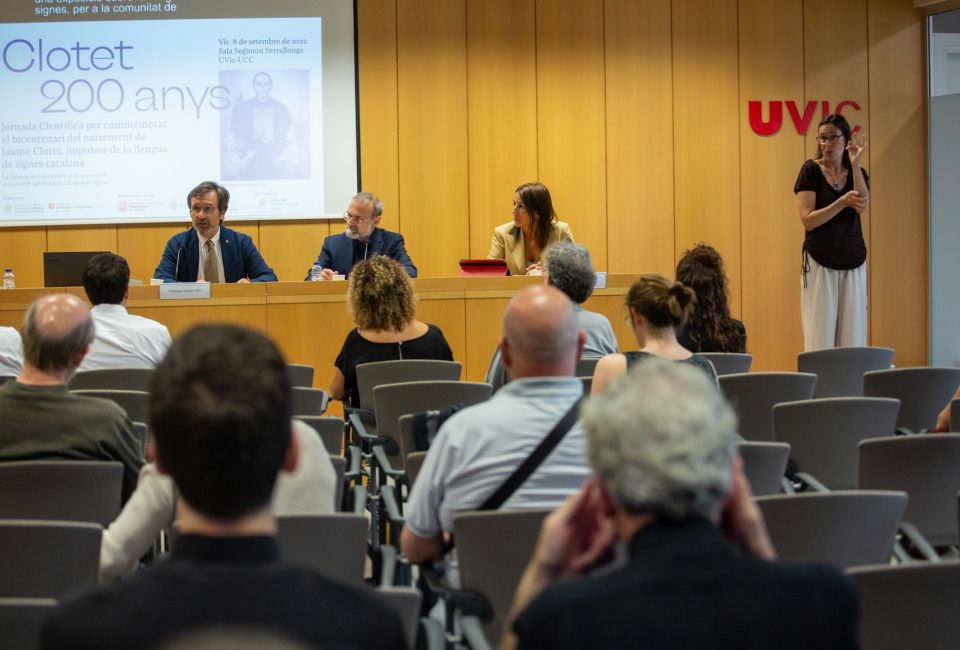 On September 8, the “Scientific Conference to commemorate the bicentenary of the birth of Jaime Clotet, promoter of Catalan sign language” was held in the city of Vic.

This conference was rightly promoted by the University of Vic (UVIC) through its “Faculty of Business and Communication”. It had the collaboration of other various groups: the “Agrupació de deaf de Vic i comarca”, the “TRACTE Research Group”, the “Culture Department of the Generalitat de Catalunya”, the “Vic City Council” and “U Divulga ”. END_OF_DOCUMENT_TOKEN_TO_BE_REPLACED

At the end of another journey 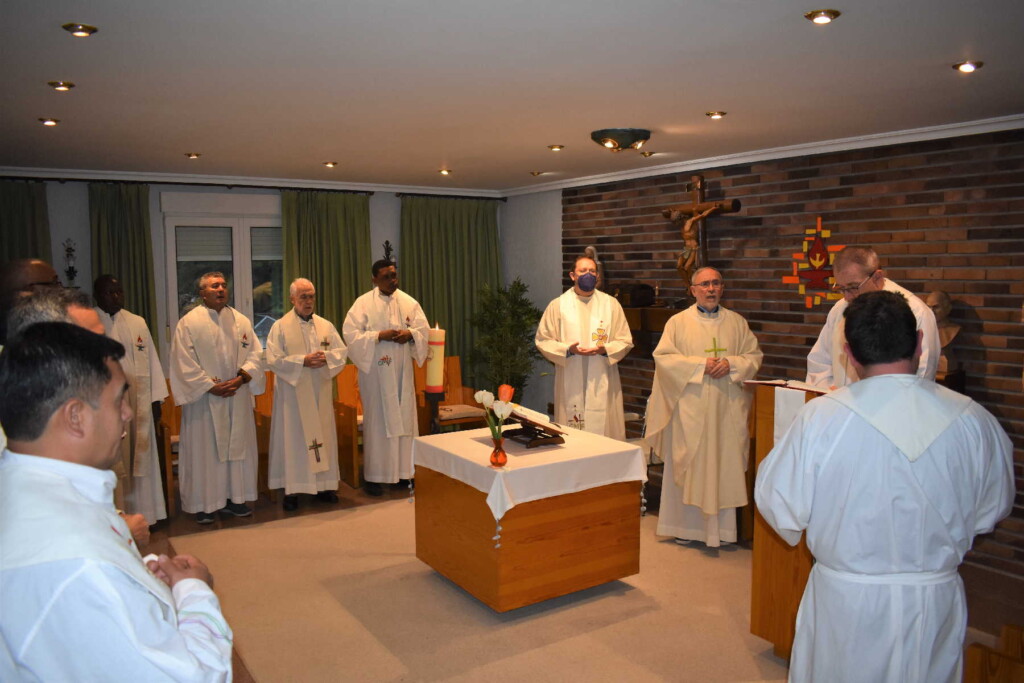 Madrid, Spain. On July 2, 2022, Forge-25 came to an end. The participants arrived at this milestone with a good feeling. They have completed two and a half months fully dedicated to getting to know the charism of the Congregation a little better, praying for a longer period of time, going on pilgrimage to holy places, reflecting together on fundamental aspects of the Claretian vocation, sharing experiences and celebrating in faith and fraternity all that they have seen and heard.